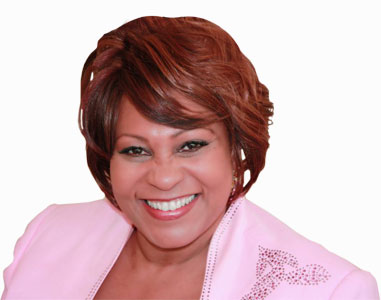 Answering the clarion call of the Lord, Pastor Carolyn D. Henton began her walk of faith in May of 1974. Since that time, this minister, mentor and mother has been faithfully establishing the Kingdom of God in the earth. In October of 1989, she launched a Monday morning intercessory prayer group that has flourished since its inception. In April of 1999, as the Founder and President of Speak Up First Lady, Inc., an organization dedicated to the total healing of women and girls from every walk of life, she began hosting a radio program by the same name. By June of 2011, God had shifted this vessel of honor from the marketplace into fulltime ministry as Pastor of Tree of Life Agape Ministries; a ministry that is in covenant fellowship with Faith Ministries Alliance which is under the leadership of Pastor Bill Winston of Living Word Christian Center.

Several prestigious awards, including the Kizzie Award (1996), the Hannah and Elkanah Award from Women on the Move (1997) and the Connexions Award from Women of Excellence (1998), have been bestowed upon the Woman of God. She also serves on several women's advisory boards including Gracious Ladies International, Sanja Stinson Ministries, and Kingdom International Network Group Ministers & Ministries Corps.

Throughout the course of her journey, Pastor Henton's compassion for God and His people compels her to love the lost into the Kingdom as well as train up and ignite young professionals and aspiring ministers to pursue their purpose and destiny in the Lord. Truly, that which she has accomplished and continues to accomplish is because of her heart for the King and the Kingdom.

We endeavor to preach the gospel to the meek, help the brokenhearted, and declare freedom to those who are prisoners to their challenges of life; and to those that are bound to help them understand that they can be free and healed through the Word of God to live a fulfilled and complete life (Isaiah 61:1, Luke 4:18).

Tree of Life Agape Ministries is compelled and dedicated to provide total healing to the spirit, soul and body of every man, woman and child no matter where they are in their walk of life.